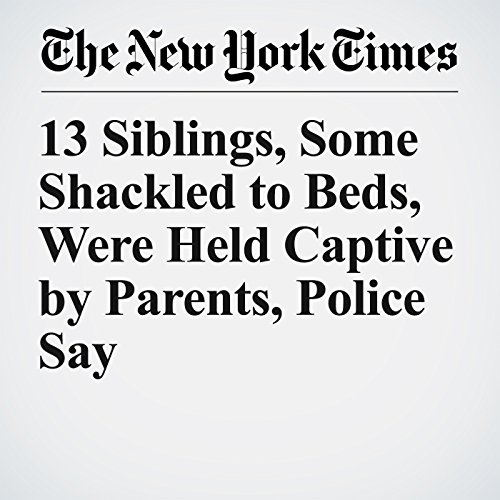 A 17-year-old girl who said she was being held captive by her parents in her home about two hours southeast of Los Angeles escaped on Sunday and alerted the authorities, who then rescued her 12 siblings — several of whom were found shackled to their beds and malnourished — the authorities said Monday.

"13 Siblings, Some Shackled to Beds, Were Held Captive by Parents, Police Say" is from the January 16, 2018 U.S. section of The New York Times. It was written by Matthew Haag and Louis Keene and narrated by Keith Sellon-Wright.