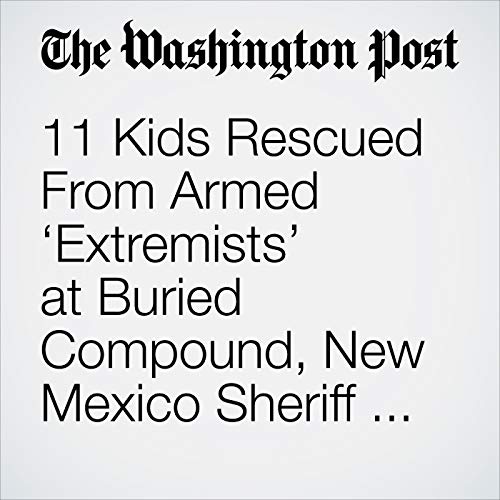 A months-long search for a 3-year-old led police to a compound buried under New Mexico scrubland. After authorities raided the compound on Friday, they did not recover the toddler but found his alleged abductor and 11 other children — all of whom had been living in what the Taos County sheriff described as “the saddest living conditions and poverty I have seen.”

"11 Kids Rescued From Armed ‘Extremists’ at Buried Compound, New Mexico Sheriff Says" is from the August 05, 2018 National section of The Washington Post. It was written by Avi Selk and narrated by Sam Scholl.