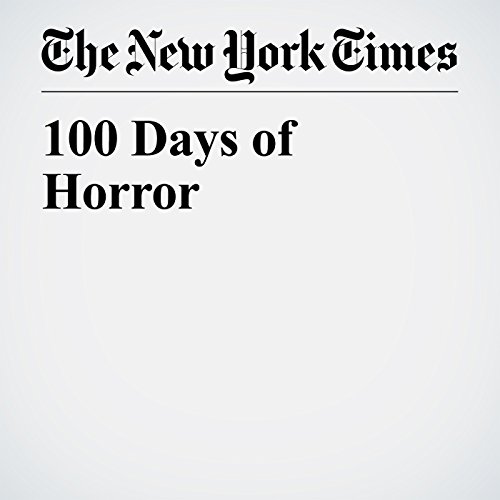 With Donald Trump’s 100th day in office fast approaching, White House staffers are reportedly trying desperately to “rebrand” the colossal failure of the first 100 days as some kind of success.

"100 Days of Horror" is from the April 16, 2017 Opinion section of The New York Times. It was written by Charles M. Blow and narrated by Keith Sellon-Wright.