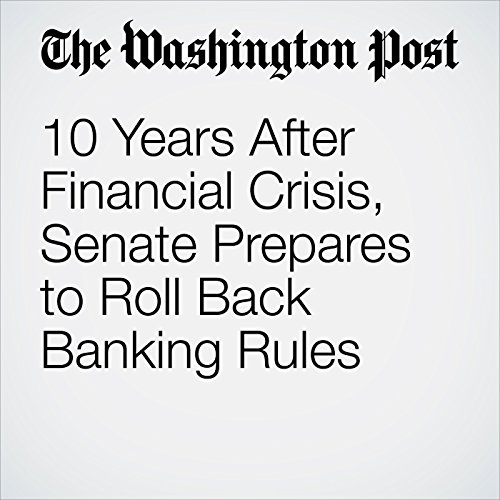 The Senate is preparing to scale back the sweeping banking regulations passed after the 2008 financial crisis, with more than a dozen Democrats ready to give Republicans the votes they need to weaken one of President Barack Obama’s largest legislative achievements.

"10 Years After Financial Crisis, Senate Prepares to Roll Back Banking Rules" is from the March 04, 2018 Business section of The Washington Post. It was written by Erica Werner, Damian Paletta and narrated by Sam Scholl.