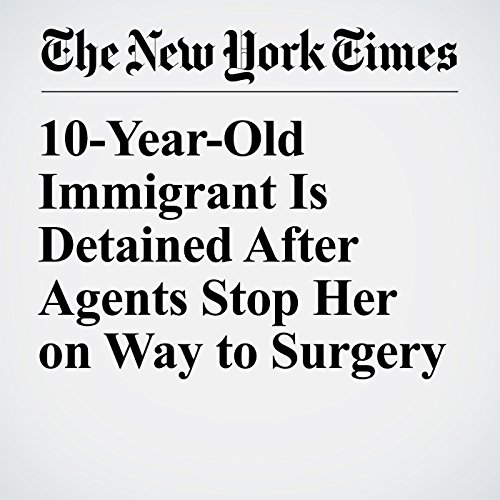 A 10-year-old girl with cerebral palsy has been detained by federal immigration authorities in Texas after she passed through a Border Patrol checkpoint on her way to a hospital to undergo emergency gall bladder surgery.

"10-Year-Old Immigrant Is Detained After Agents Stop Her on Way to Surgery" is from the October 27, 2017 U.S. section of The New York Times. It was written by Vivian Yee and Caitlin Dickerson and narrated by Barbara Benjamin-Creel.