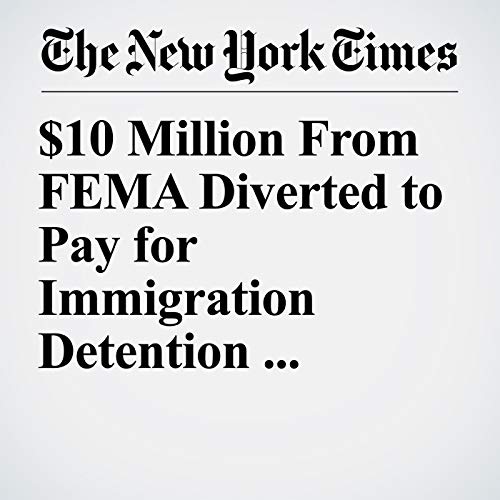 The Department of Homeland Security transferred nearly $10 million from the Federal Emergency Management Agency to Immigration and Customs Enforcement, according to a budget document released by a Democratic senator late Tuesday night, diverting funds from the relief agency at the start of the hurricane season that began in June. The release of the document comes as a major storm barrels toward the East Coast.

"$10 Million From FEMA Diverted to Pay for Immigration Detention Centers, Document Shows" is from the September 12, 2018 U.S. section of The New York Times. It was written by Ron Nixon and narrated by Keith Sellon-Wright.