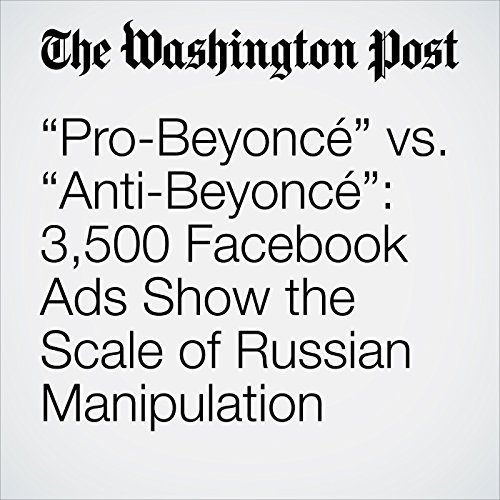 Democrats on the House Intelligence Committee on Thursday released about 3,500 Facebook ads purchased by Russian agents around the 2016 presidential election on issues from immigration to gun control, a reminder of the complexity of the manipulation that Facebook is trying to contain ahead of the midterm elections.

"“Pro-Beyoncé” vs. “Anti-Beyoncé”: 3,500 Facebook Ads Show the Scale of Russian Manipulation" is from the May 10, 2018 National section of The Washington Post. It was written by Tony Romm and narrated by Sam Scholl.