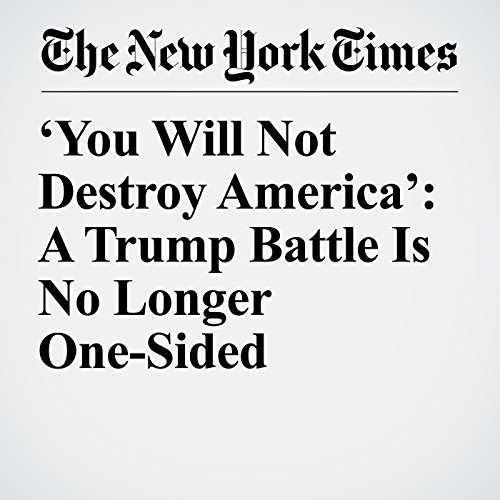 Usually, top intelligence and law enforcement officials withdraw to lives of tight-lipped relative anonymity after their careers end. (Suffice it to say, they are not exactly known for viral Twitter battles.)

"‘You Will Not Destroy America’: A Trump Battle Is No Longer One-Sided" is from the March 19, 2018 U.S. section of The New York Times. It was written by Katie Rogers and narrated by Keith Sellon-Wright.