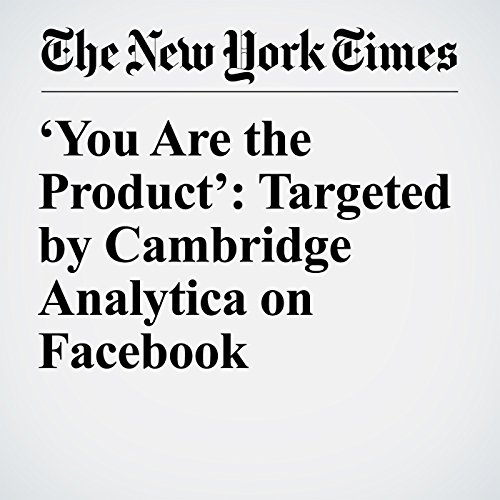 Christopher Deason stumbled upon the psychological questionnaire on June 9, 2014. He was taking a lot of online surveys back then, each one earning him a few dollars to help pay the bills. Nothing about this one, which he saw on an online job platform, struck him as “creepy or weird,” he said later.

"‘You Are the Product’: Targeted by Cambridge Analytica on Facebook" is from the April 08, 2018 U.S. section of The New York Times. It was written by Matthew Rosenberg and Gabriel J.X. Dance and narrated by Kristi Burns.

Cosa pensano gli ascoltatori di ‘You Are the Product’: Targeted by Cambridge Analytica on Facebook