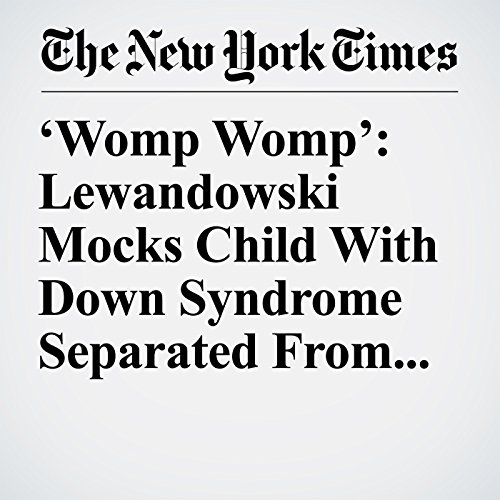 Of all the recent stories about the separation of immigrant children and parents at the U.S. border with Mexico, the Mexican foreign minister said Tuesday that one story was particularly heartbreaking: A 10-year-old girl with Down syndrome was taken away from her mother in South Texas.

"‘Womp Womp’: Lewandowski Mocks Child With Down Syndrome Separated From Mother" is from the June 20, 2018 U.S. section of The New York Times. It was written by Matthew Haag and narrated by Keith Sellon-Wright.