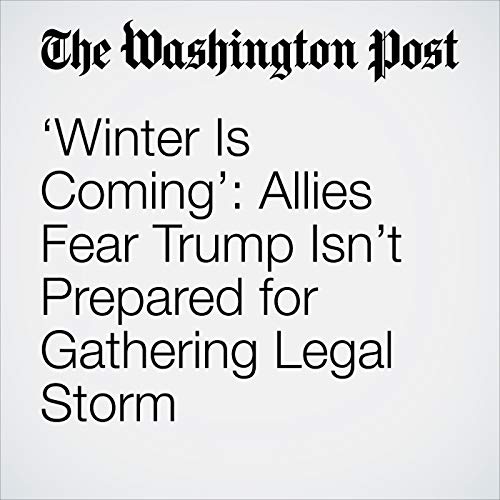 President Trump’s advisers and allies are increasingly worried that he has neither the staff nor the strategy to protect himself from a possible Democratic takeover of the House, which would empower the opposition party to shower the administration with subpoenas or even pursue impeachment charges.

"‘Winter Is Coming’: Allies Fear Trump Isn’t Prepared for Gathering Legal Storm" is from the August 29, 2018 Politics section of The Washington Post. It was written by Philip Rucker ,Carol D. Leonnig ,Josh Dawsey and Ashley Parker and narrated by Sam Scholl.