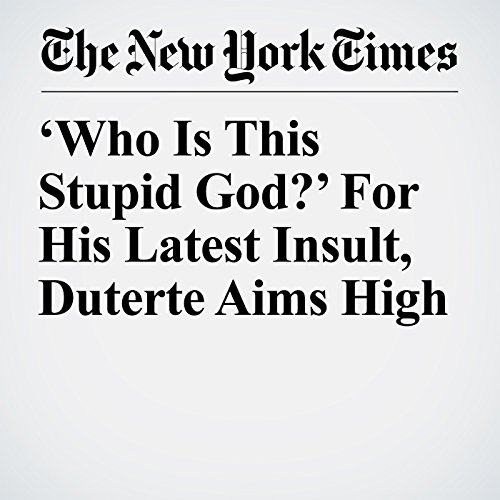 ‘Who Is This Stupid God?’ For His Latest Insult, Duterte Aims High

MANILA, Philippines — Disparaging remarks about God by President Rodrigo Duterte have led to his sharpest clash yet with leaders of the Philippines’ politically powerful Roman Catholic Church, who Tuesday accused him of attacking the beliefs held by the vast majority of the country.

"‘Who Is This Stupid God?’ For His Latest Insult, Duterte Aims High" is from the June 26, 2018 World section of The New York Times. It was written by Felipe Villamor and narrated by Keith Sellon-Wright.