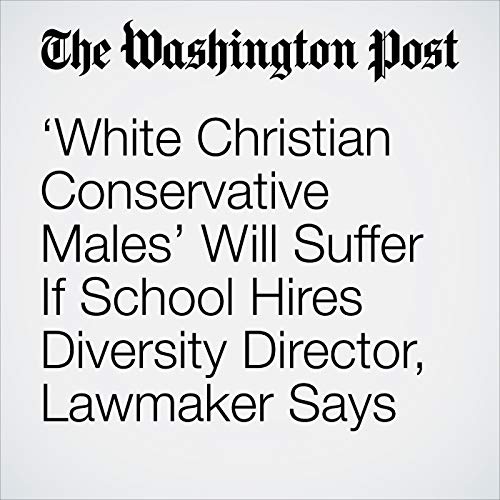 As the University of Nebraska makes strides for diversity, a Nebraska State senator sparked debate when he suggested the addition of a diversity director would put white men at a disadvantage by favoring minorities.

"‘White Christian Conservative Males’ Will Suffer If School Hires Diversity Director, Lawmaker Says" is from the August 23, 2018 National section of The Washington Post. It was written by Taylor Telford and narrated by Sam Scholl.