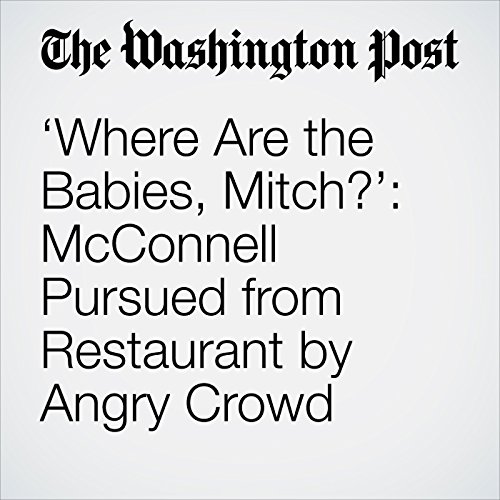 A group of Democratic Socialists and other angry protesters pursued Senate Majority Leader Mitch McConnell (R-Ky.) through a restaurant parking lot on Saturday, berating him with a mixture of immigration rhetoric and personal insults — and at one point an apparent threat to visit his home.

"‘Where Are the Babies, Mitch?’: McConnell Pursued from Restaurant by Angry Crowd" is from the July 08, 2018 Politics section of The Washington Post. It was written by Avi Selk and narrated by Sam Scholl.