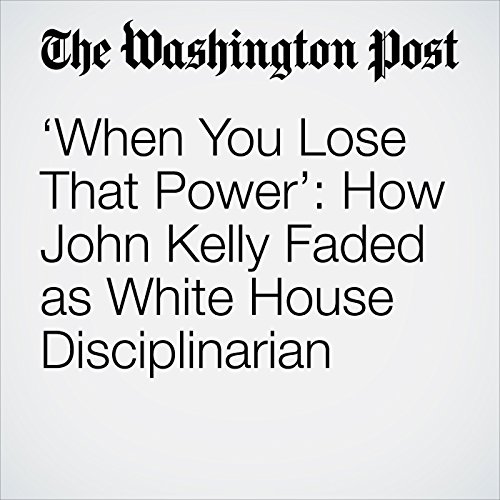 After White House Chief of Staff John F. Kelly pressured President Trump last fall to install his top deputy, Kirstjen Nielsen, atop the Department of Homeland Security, the president lost his temper when conservative allies argued that she wasn’t sufficiently hard line on immigration. “You didn’t tell me she was a [expletive] George W. Bush person,” Trump growled.

"‘When You Lose That Power’: How John Kelly Faded as White House Disciplinarian" is from the April 07, 2018 Politics section of The Washington Post. It was written by Ashley Parker, Josh Dawsey and Philip Rucker and narrated by Sam Scholl.