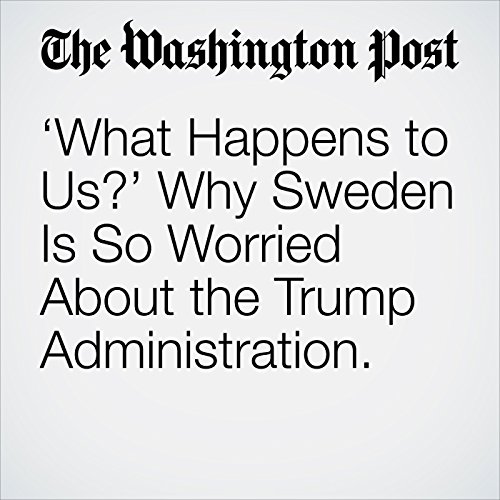 It’s not party politics that bother them: These are conservatives, by Swedish standards, and Republican presidents have suited them in the past. Trump’s tweeting and bragging don’t bother them that much either, though they find it unseemly. The real problem is deeper: Sweden’s economic and political model depends on Pax Americana, the set of American-written and American-backed rules that have governed transatlantic commerce and politics for 70 years — and they fear Trump will bring Pax Americana crashing down.

"‘What Happens to Us?’ Why Sweden Is So Worried About the Trump Administration." is from the February 08, 2017 Opinion section of The Washington Post. It was written by Anne Applebaum and narrated by Sam Scholl.

Cosa pensano gli ascoltatori di ‘What Happens to Us?’ Why Sweden Is So Worried About the Trump Administration.