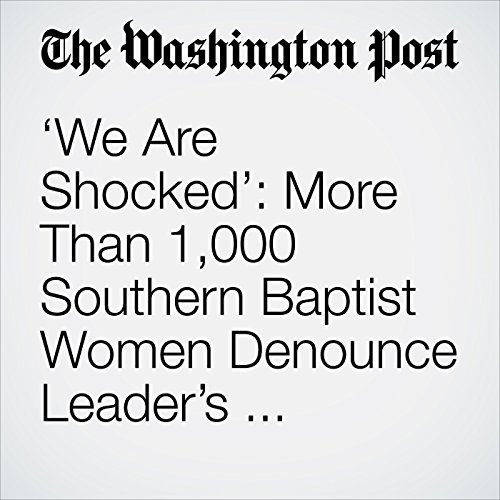 More than 1,000 Southern Baptist women have signed an open letter to the trustees of Southwestern Baptist Theological Seminary that says they are “grieved by the dangerous and unwise counsel” that the group’s president, Paige Patterson, has given by telling abused women not to divorce, and are shocked by his comments that “objectify a teenage girl.”

"‘We Are Shocked’: More Than 1,000 Southern Baptist Women Denounce Leader’s ‘Objectifying’ Comments, Advice to Abused Women" is from the May 07, 2018 National section of The Washington Post. It was written by Sarah Pulliam Bailey and narrated by Sam Scholl.