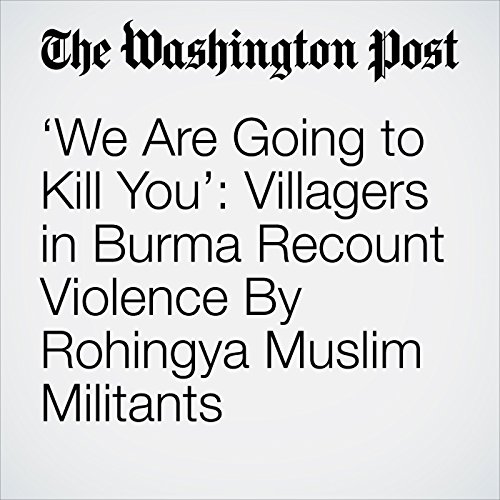 U.S. Secretary of State Rex Tillerson will meet with Suu Kyi and the military commander on Wednesday in Burma, where he is expected to press for a “credible investigation” into alleged abuses and could raise the possibility of renewed sanctions, a State Department official said. The Burmese military issued an internal report this week that exonerated its soldiers of any wrongdoing.

"‘We Are Going to Kill You’: Villagers in Burma Recount Violence By Rohingya Muslim Militants" is from the November 14, 2017 World section of The Washington Post. It was written by Annie Gowen and narrated by Sam Scholl.

Cosa pensano gli ascoltatori di ‘We Are Going to Kill You’: Villagers in Burma Recount Violence By Rohingya Muslim Militants