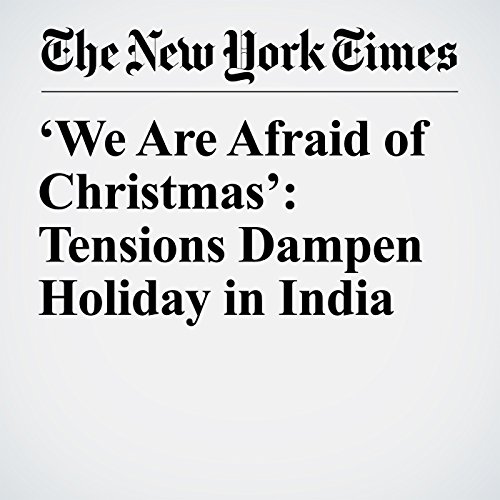 Indians have always observed a dizzying number of festivals regardless of religious affiliation, and even though Christians represent only 2.3 percent of the population, Christmas is recognized as a government holiday. But as far-right Hindu groups have gained traction, India has changed. Christmas has now found itself caught in the cross hairs.

"‘We Are Afraid of Christmas’: Tensions Dampen Holiday in India" is from the December 24, 2017 World section of The New York Times. It was written by Kai Schultz and Suhasini Raj and narrated by Kristi Burns.