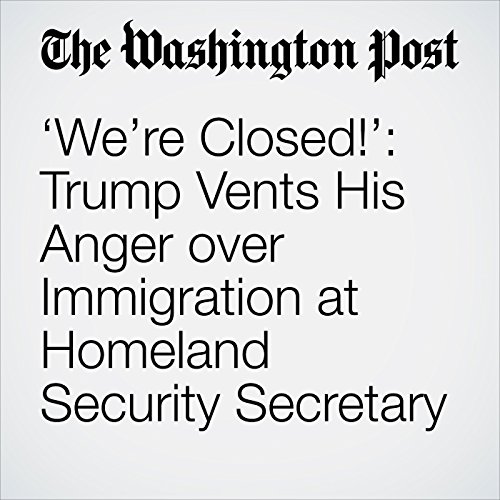 President Trump began berating Homeland Security Secretary Kirstjen Nielsen in the Oval Office earlier this spring, according to administration officials, griping about her performance and blaming her for a surge in illegal border crossings.

"‘We’re Closed!’: Trump Vents His Anger over Immigration at Homeland Security Secretary" is from the May 24, 2018 Politics section of The Washington Post. It was written by Josh Dawsey and Nick Miroff and narrated by Jenny Hoops.