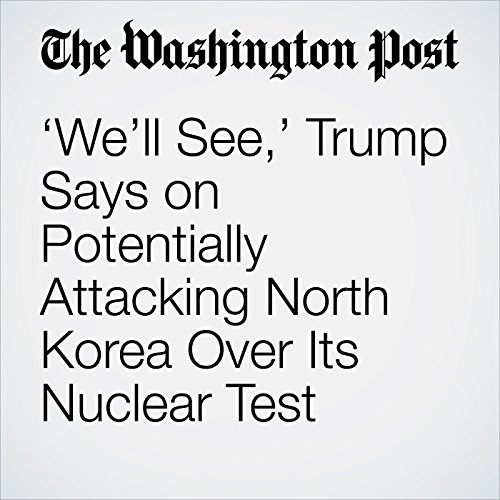 President Trump signaled Sunday that he was not ruling out a retaliatory strike against North Korea in response to the isolated country’s overnight nuclear test, which he called “very hostile and dangerous to the United States.”

"‘We’ll See,’ Trump Says on Potentially Attacking North Korea Over Its Nuclear Test" is from the September 03, 2017 Politics section of The Washington Post. It was written by Philip Rucker and narrated by Sam Scholl.