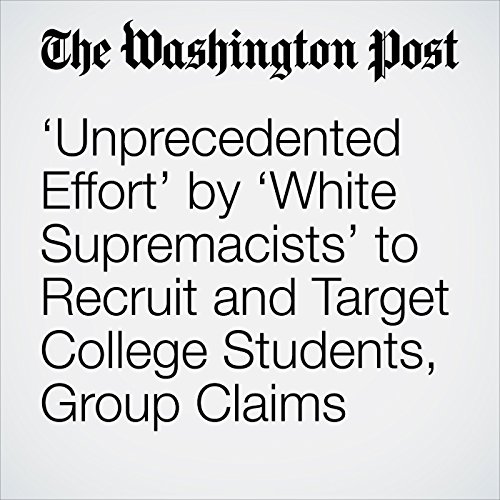 The Anti-Defamation League has tracked 104 incidents it describes as white supremacist on campuses this academic year, far more than in past years.

"‘Unprecedented Effort’ by ‘White Supremacists’ to Recruit and Target College Students, Group Claims" is from the March 06, 2017 National section of The Washington Post. It was written by Susan Svrluga and narrated by Sam Scholl.