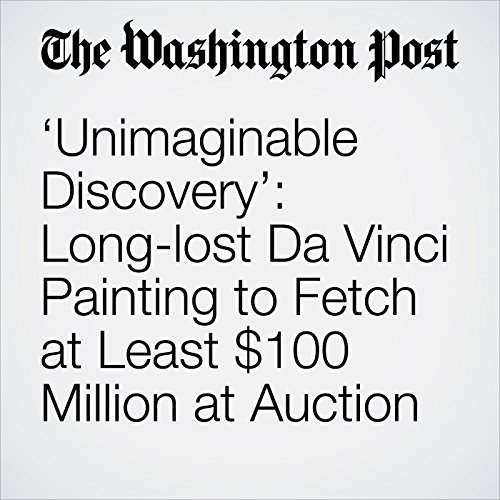 When Nina Doede first saw Leonardo da Vinci’s long-lost painting “Salvator Mundi” — Latin for “Savior of the World” — she was in awe. She was one of 27,000 people, including Leonardo DiCaprio, Alex Rodriguez, Patti Smith and Jennifer Lopez, who flooded into viewing halls in Hong Kong, London, San Francisco and New York for a chance to glimpse the highly anticipated treasure during the past few weeks.

"‘Unimaginable Discovery’: Long-lost Da Vinci Painting to Fetch at Least $100 Million at Auction" is from the November 15, 2017 U.S. section of The Washington Post. It was written by Travis M. Andrews and narrated by Sam Scholl.