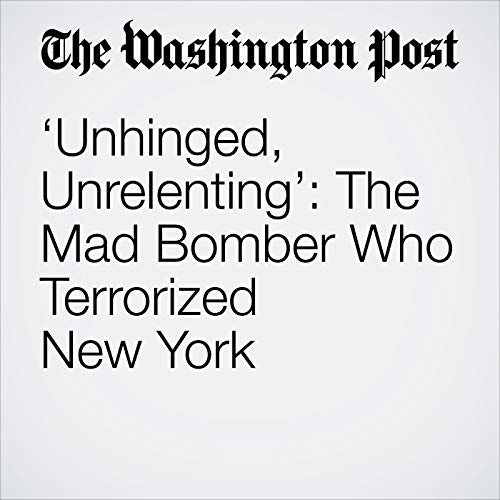 Decades before a Florida man was charged with mailing explosive devices to 13 critics of President Trump, three members of New York City’s bomb squad went to see a psychiatrist.They weren’t patients, but they were desperate.

"‘Unhinged, Unrelenting’: The Mad Bomber Who Terrorized New York" is from the October 27, 2018 National section of The Washington Post. It was written by Michael S. Rosenwald and narrated by Sam Scholl.