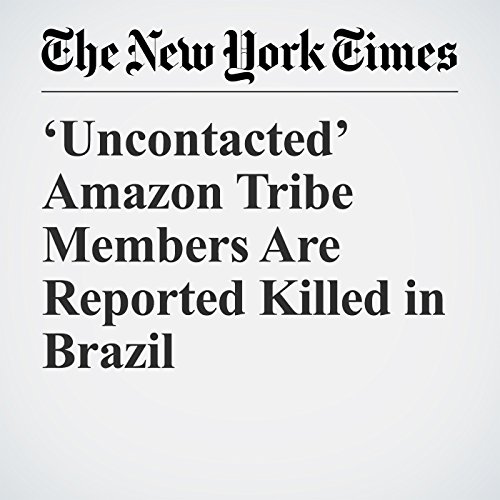 They were members of an uncontacted tribe gathering eggs along the river in a remote part of the Amazon. Then, it appears, they had the bad luck of running into gold miners. Now, federal prosecutors in Brazil have opened an investigation into the reported massacre of about 10 members of the tribe, the latest evidence that threats to endangered indigenous groups are on the rise in the country.

"‘Uncontacted’ Amazon Tribe Members Are Reported Killed in Brazil" is from the September 10, 2017 World section of The New York Times. It was written by Shasta Darlington and narrated by Keith Sellon-Wright.