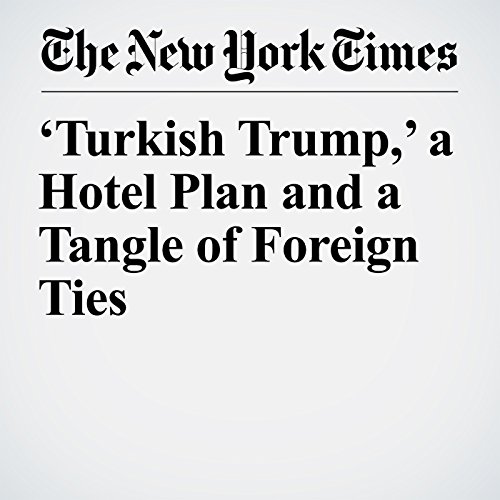 Before taking office, Donald Trump pledged that his business empire would forgo new deals abroad while he was president. But as the Trump Organization unveils a new brand of hotels, that promise is not preventing the company from bringing foreign deals home.

"‘Turkish Trump,’ a Hotel Plan and a Tangle of Foreign Ties" is from the March 22, 2017 U.S. section of The New York Times. It was written by Steve Eder and Ben Protess and narrated by Caroline Miller.