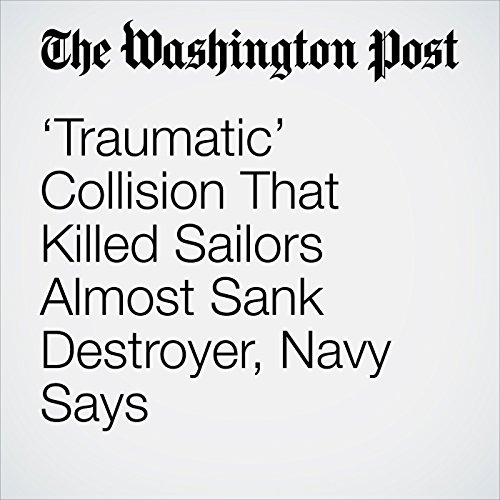 A U.S. Navy destroyer came close to sinking after a “traumatic” collision off the coast of Japan, thecommander of the Seventh Fleet said Sunday, after the bodies of the missing sailors were found in the berthing compartmentsof the stricken vessel.

"‘Traumatic’ Collision That Killed Sailors Almost Sank Destroyer, Navy Says" is from the June 18, 2017 World section of The Washington Post. It was written by Anna Fifield and narrated by Sam Scholl.