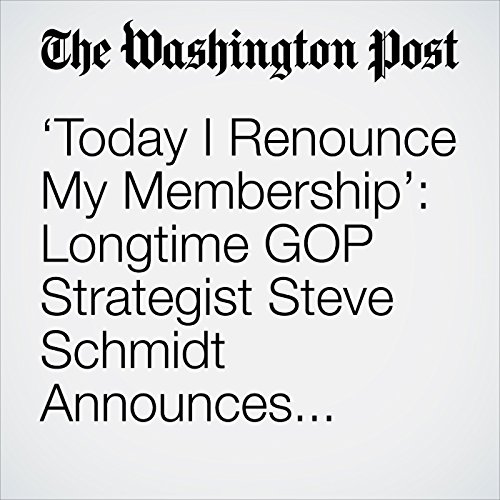 Republican strategist Steve Schmidt, a senior adviser to the presidential campaign of Sen. John McCain (Ariz.), announced early Wednesday that he is leaving the Republican Party, which he decried as “fully the party of Trump” and “a danger to our democracy and values.”

"‘Today I Renounce My Membership’: Longtime GOP Strategist Steve Schmidt Announces He’s Leaving the Party" is from the June 20, 2018 Politics section of The Washington Post. It was written by Felicia Sonmez and narrated by Sam Scholl.