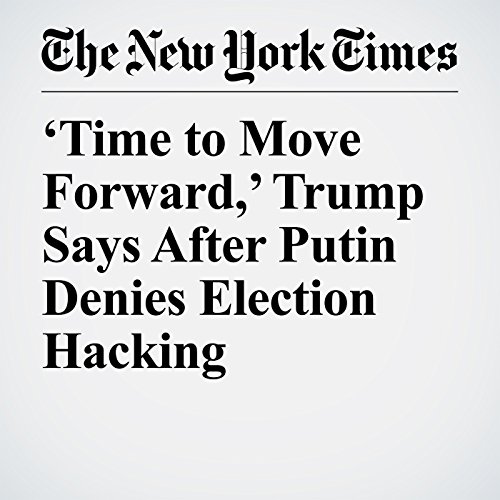 President Donald Trump said Sunday that he had “strongly pressed” President Vladimir Putin of Russia twice about election meddling during their first face-to-face meeting last week but did not dispute Moscow’s claim that he had accepted Putin’s denial of involvement, as he declared it “time to move forward” in a constructive U.S. relationship with Russia.

"‘Time to Move Forward,’ Trump Says After Putin Denies Election Hacking" is from the July 09, 2017 World section of The New York Times. It was written by Julie Hirschfeld Davis and narrated by Keith Sellon-Wright.