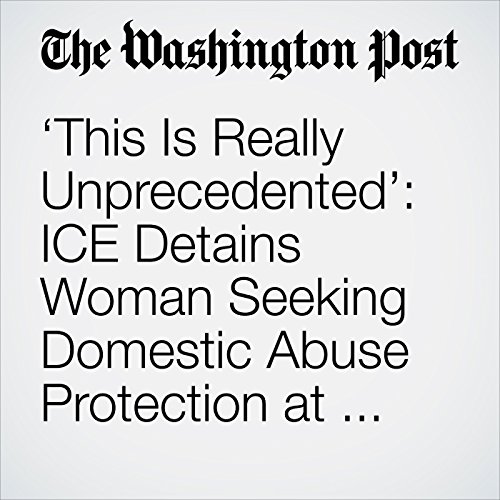 A hearing in El Paso County in Texas went from ordinary to “unprecedented” last week when half a dozen Immigration and Customs Enforcement agents showed up at a courthouse where an undocumented woman was seeking a protective order against the boyfriend she accused of abusing her.

"‘This Is Really Unprecedented’: ICE Detains Woman Seeking Domestic Abuse Protection at Texas Courthouse" is from the February 16, 2017 National section of The Washington Post. It was written by Katie Mettler and narrated by Jenny Hoops.