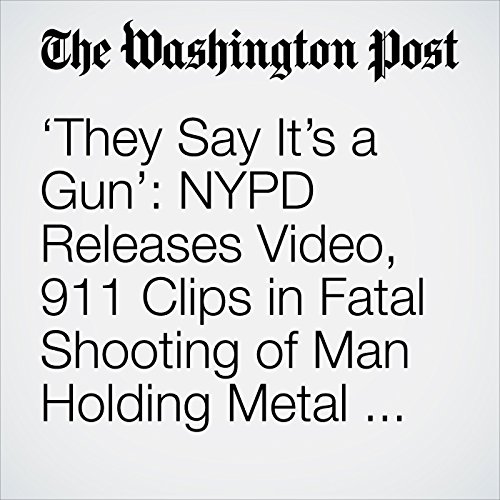 Police fatally shot an unarmed man in Brooklyn on Wednesday after mistaking a metal pipe he was holding for a gun, authorities said. The death of Saheed Vassell, 34, provoked hours of emotionally charged protests and has prompted the New York state attorney general to open an investigation.

"‘They Say It’s a Gun’: NYPD Releases Video, 911 Clips in Fatal Shooting of Man Holding Metal Pipe" is from the April 05, 2018 National section of The Washington Post. It was written by Amy B Wang and Wesley Lowery and narrated by Sam Scholl.