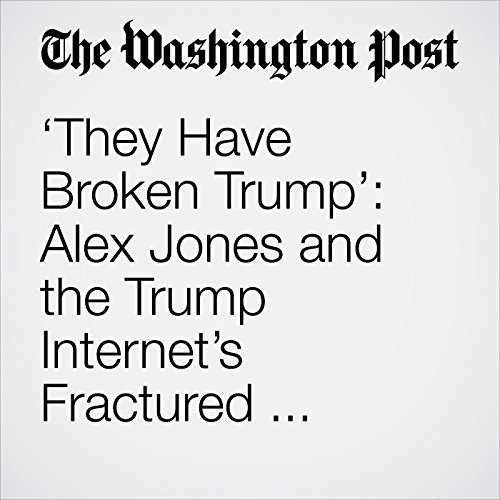 “I haven’t had Trump call me in six months,” Alex Jones said, his voice particularly hoarse. He was streaming live from the Infowars studio Friday night, because President Trump had just announced a strike on Syria. If Trump did decide to call Jones that night, he’d find that his longtime admirer was furious. “I will tell Trump that you really betrayed your family and your name, and everything you stood for with this horse manure.”

"‘They Have Broken Trump’: Alex Jones and the Trump Internet’s Fractured Response to the Syria Strikes" is from the April 15, 2018 National section of The Washington Post. It was written by Abby Ohlheiser and narrated by Sam Scholl.