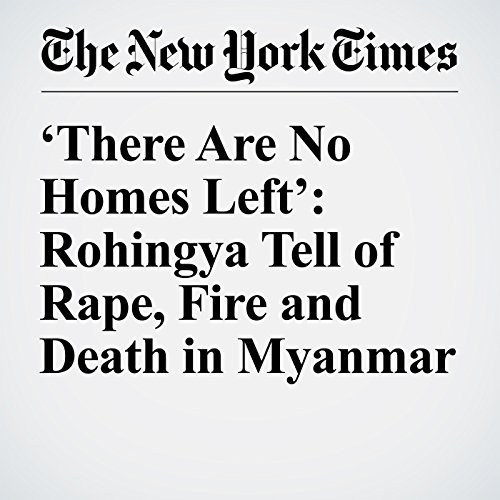 When the Myanmar military closed in on the village of Pwint Phyu Chaung, everyone had a few seconds to make a choice.

Noor Ankis, 25, chose to remain in her house, where she was told to kneel to be beaten, she said, until soldiers led her to the place where women were raped. Rashida Begum, 22, chose to plunge with her three children into a deep, swift-running creek, only to watch as her baby daughter slipped from her grasp.

"‘There Are No Homes Left’: Rohingya Tell of Rape, Fire and Death in Myanmar" is from the January 10, 2017 World section of The New York Times. It was written by Ellen Barry and narrated by Caroline Miller.

Cosa pensano gli ascoltatori di ‘There Are No Homes Left’: Rohingya Tell of Rape, Fire and Death in Myanmar