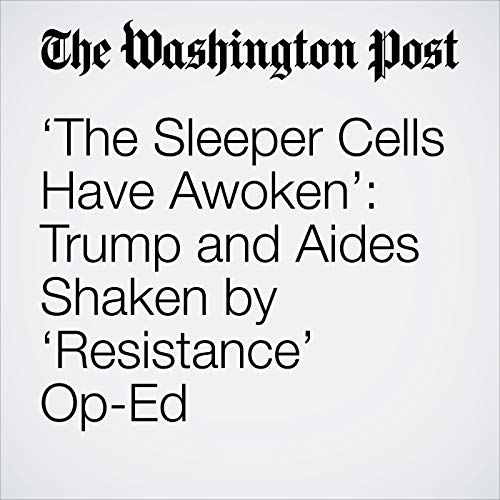 President Trump and his aides reacted with indignation Wednesday to an unsigned opinion column from a senior official blasting the president’s “amorality” and launched a frantic hunt for the author, who claims to be part of a secret “resistance” inside the government protecting the nation from its commander in chief.

"‘The Sleeper Cells Have Awoken’: Trump and Aides Shaken by ‘Resistance’ Op-Ed" is from the September 05, 2018 Politics section of The Washington Post. It was written by Philip Rucker ,Ashley Parker andJosh Dawsey and narrated by Sam Scholl.