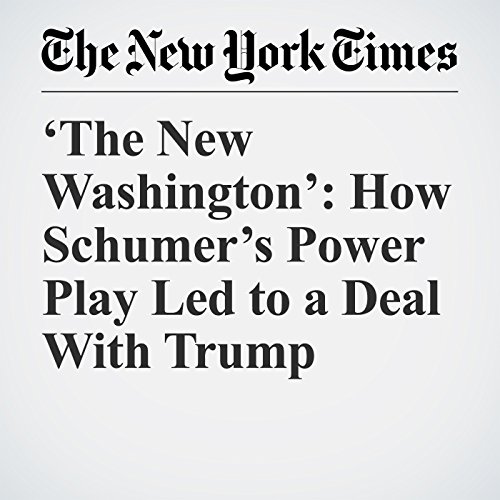 Almost from the moment Republican efforts to repeal the Affordable Care Act collapsed this summer and weary senators fled the capital, Sen. Chuck Schumer began calculating how best to take advantage of the persistent Republican struggle to govern.

"‘The New Washington’: How Schumer’s Power Play Led to a Deal With Trump" is from the September 09, 2017 Politics section of The New York Times. It was written by Carl Hulse and narrated by Keith Sellon-Wright.