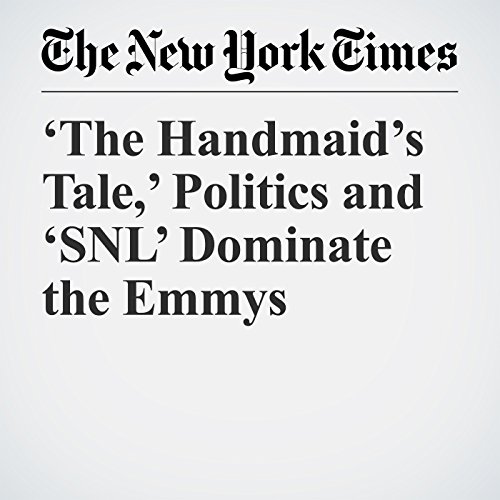 ‘The Handmaid’s Tale,’ Politics and ‘SNL’ Dominate the Emmys

It was inevitable that a streaming service would win an Emmy for best drama at some point. But no one expected Hulu to get there first.Hulu’s dystopian adaptation of “The Handmaid’s Tale” won TV’s most prestigious prize on Sunday night, beating out competitors from HBO, NBC and Netflix.

"‘The Handmaid’s Tale,’ Politics and ‘SNL’ Dominate the Emmys" is from the September 18, 2017 Entertainment section of The New York Times. It was written by John Koblin and narrated by Kristi Burns.