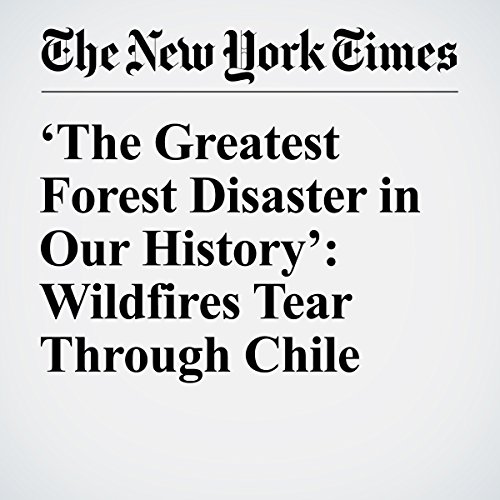 ‘The Greatest Forest Disaster in Our History’: Wildfires Tear Through Chile

A prolonged drought and high temperatures have worsened the blazes, which have so far destroyed around 300,000 acres of forest land and killed three firefighters. The government has declared a state of emergency, deployed 1,200 troops to support the efforts of firefighters, and appealed for help from other countries.

"‘The Greatest Forest Disaster in Our History’: Wildfires Tear Through Chile" is from the January 25, 2017 World section of The New York Times. It was written by The New York Times and narrated by Keith Sellon-Wright.