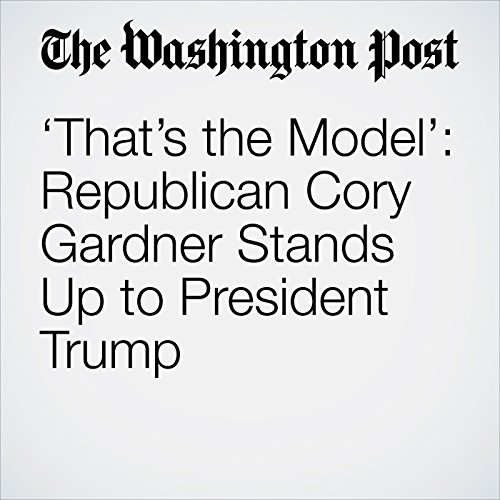 For Republicans who have found themselves at odds with President Trump or his policies, there have generally been just two options: buckle, as former deficit hawks did on the recent tax bill, or give up entirely, as two senators did in deciding to retire. Then there’s Cory Gardner.

"‘That’s the Model’: Republican Cory Gardner Stands Up to President Trump" is from the January 05, 2018 National section of The Washington Post. It was written by Karen Tumulty and Sean Sullivan and narrated by Jenny Hoops.