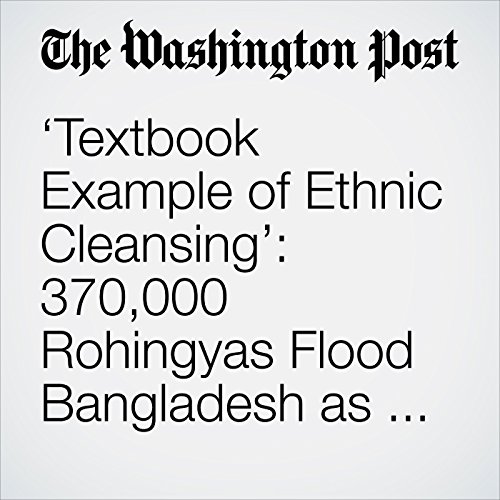 The number of Rohingya refugees fleeing a military crackdown in Burma has now topped 370,000, a crisis that the United Nations human rights chief called “a textbook example of ethnic cleansing.”

"‘Textbook Example of Ethnic Cleansing’: 370,000 Rohingyas Flood Bangladesh as Crisis Worsens" is from the September 12, 2017 World section of The Washington Post. It was written by Annie Gowen and narrated by Sam Scholl.