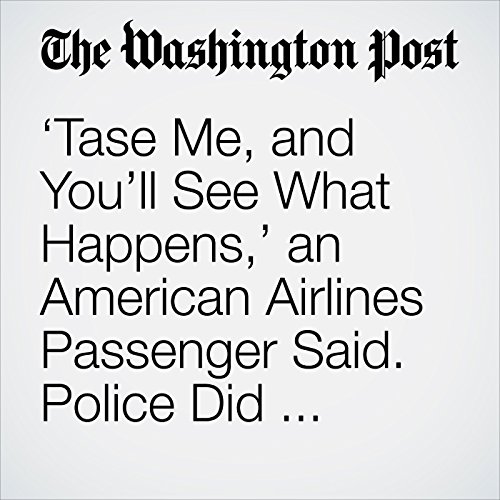 What began as a simple boarding dispute at Miami International Airport escalated into a tour de force of plane drama on Sunday as a belligerent passenger was repeatedly stunned by police, forcibly carried out of his seat, then driven through the terminal with his head hanging out the back of a golf cart like a man in a stockade.

"‘Tase Me, and You’ll See What Happens,’ an American Airlines Passenger Said. Police Did — 10 Times." is from the April 23, 2018 National section of The Washington Post. It was written by Avi Selk and narrated by Sam Scholl.