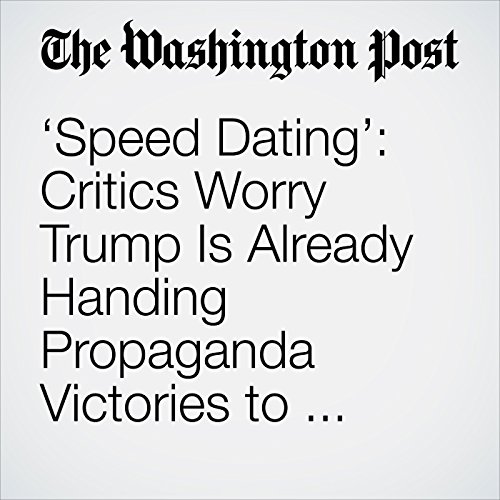 When former president Bill Clinton traveled to North Korea in 2009 on a humanitarian mission to free two U.S. journalists, he delivered strict instructions to his team ahead of their meeting with dictator Kim Jong Il: “We’re not smiling.”

"‘Speed Dating’: Critics Worry Trump Is Already Handing Propaganda Victories to North Korea" is from the June 02, 2018 Politics section of The Washington Post. It was written by David Nakamura and narrated by Sam Scholl.