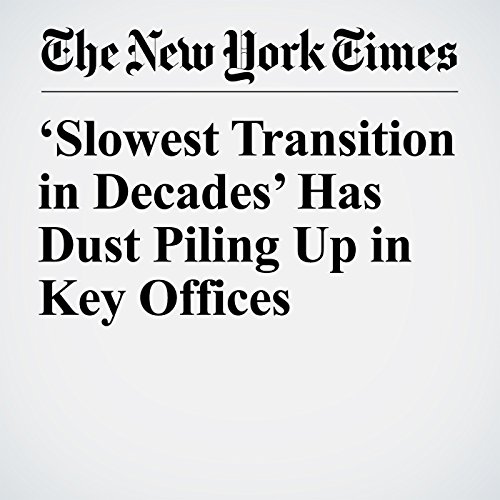 ‘Slowest Transition in Decades’ Has Dust Piling Up in Key Offices

From the moment he was sworn in, President Donald Trump faced a personnel crisis, starting virtually from scratch in lining up senior leaders for his administration. Seven weeks into the job, he is still hobbled by the slow start, months behind where experts in both parties, even some inside his administration, say he should be.

"‘Slowest Transition in Decades’ Has Dust Piling Up in Key Offices" is from the March 12, 2017 World section of The New York Times. It was written by Julie Hirschfeld Davis and Sharon Lafraniere and narrated by Keith Sellon-Wright.