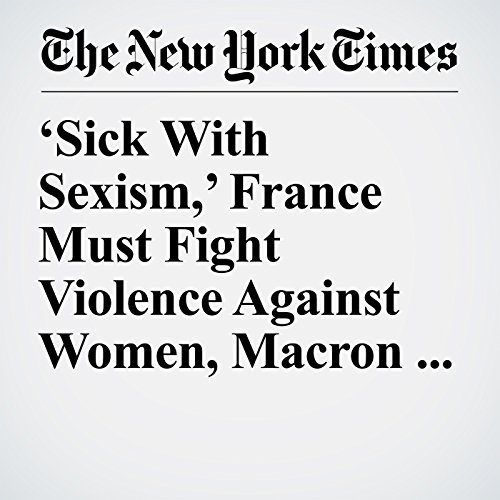 Calling French society “sick with sexism,” President Emmanuel Macron said Saturday that promoting gender equality and combating violence against women would be top priorities of his government as he announced measures to crack down on sexual crimes and make it easier for victims to press charges.

"‘Sick With Sexism,’ France Must Fight Violence Against Women, Macron Says" is from the November 25, 2017 World section of The New York Times. It was written by Aurelien Breeden and narrated by Keith Sellon-Wright.