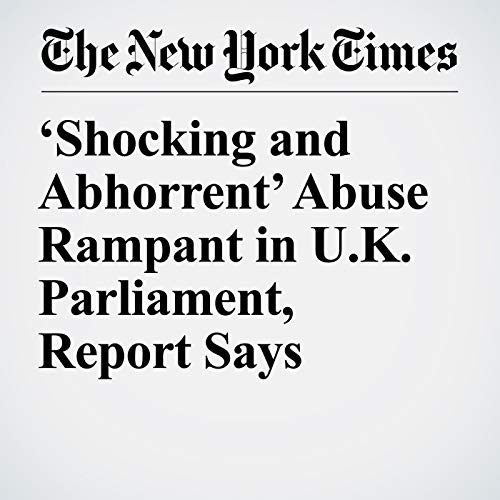 LONDON — A scathing new report on Britain’s House of Commons released on Monday describes a culture of bullying, abuse and sexual harassment “as embedded as it is shocking,” where complaints of mistreatment are typically muffled by “deference, subservience, acquiescence and silence.”

"‘Shocking and Abhorrent’ Abuse Rampant in U.K. Parliament, Report Says" is from the October 15, 2018 World section of The New York Times. It was written by Ellen Barry and narrated by Keith Sellon-Wright.