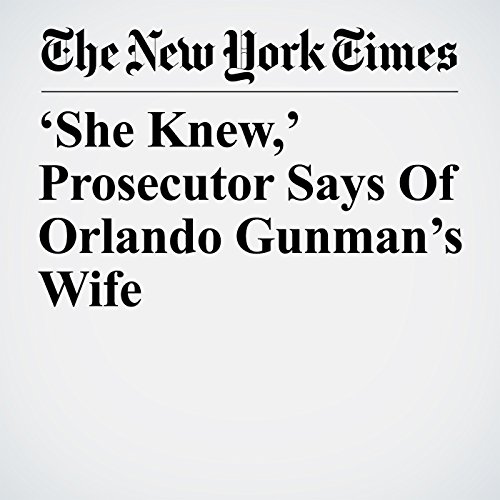 She fired none of the shots, she was nowhere near the bloody scene, and none of the evidence made public so far hints that she shared her husband’s violent jihadi ideology. Yet Noor Zahi Salman, the widow of the gunman who massacred revelers at an Orlando, Florida, nightclub, stood before a federal judge as the only person charged in the attack.

"‘She Knew,’ Prosecutor Says of Orlando Gunman’s Wife" is from the January 17, 2017 U.S. section of The New York Times. It was written by Erin Marie Daly, Richard Pérez Peña and Adam Goldman and narrated by Caroline Miller.