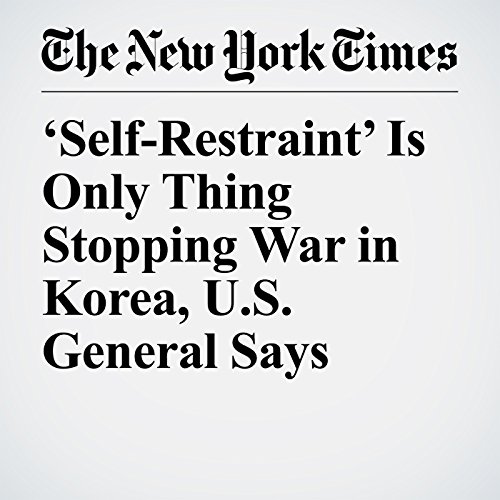 The top U.S. general in South Korea said Wednesday that self-restraint was all that kept the United States and South Korea from going to war with North Korea, as the South’s defense minister indicated that the North’s first intercontinental ballistic missile had the potential to reach Hawaii.

"‘Self-Restraint’ Is Only Thing Stopping War in Korea, U.S. General Says" is from the July 05, 2017 World section of The New York Times. It was written by Choe Sang Hun and narrated by Keith Sellon-Wright.