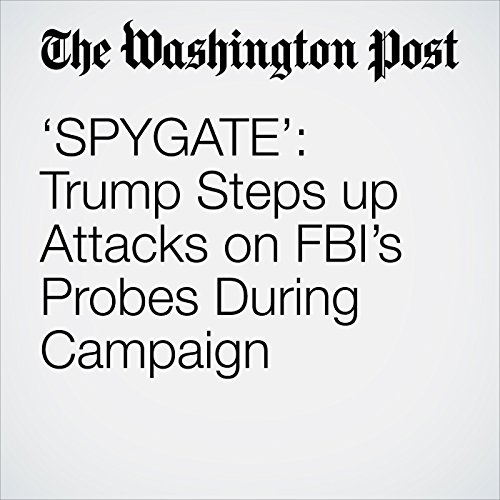 ‘SPYGATE’: Trump Steps up Attacks on FBI’s Probes During Campaign

President Trump asserted Wednesday that the FBI’s use of a confidential source to seek information from his campaign aides was shaping up as a major scandal and that lawmakers would soon realize that “a lot of bad things happened.”

"‘SPYGATE’: Trump Steps up Attacks on FBI’s Probes During Campaign" is from the May 23, 2018 Politics section of The Washington Post. It was written by John Wagner and narrated by Sam Scholl.