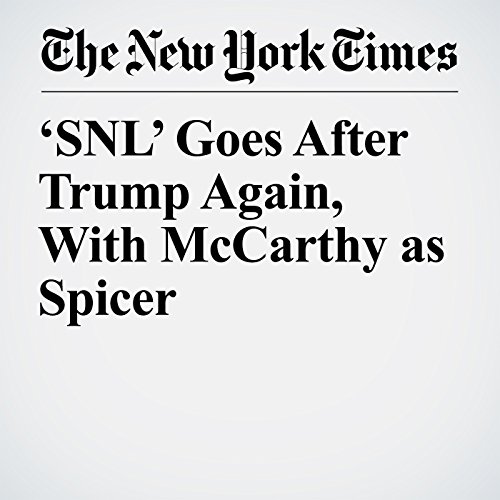 The diplomatic travails of President Donald Trump and his past Twitter fixation with Kristen Stewart provided plenty of fodder for “Saturday Night Live” this weekend. But a sketch lampooning Sean M. Spicer, the White House press secretary, in which he was impersonated by Melissa McCarthy, the comic actress and a surprise guest star, stole the show as “SNL” continued to take swings at a president who delights in hitting back.

"‘SNL’ Goes After Trump Again, With McCarthy as Spicer" is from the February 05, 2017 Arts section of The New York Times. It was written by Dave Itzkoff and narrated by Fleet Cooper.