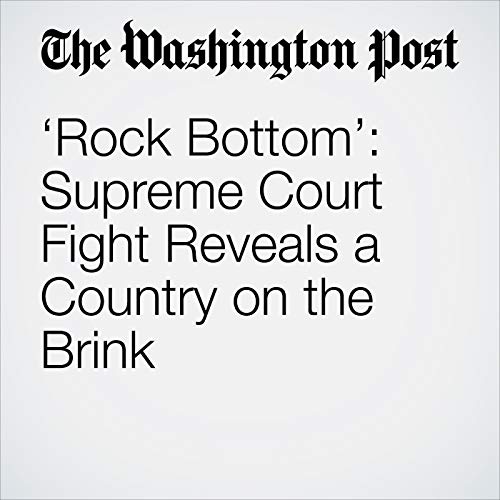 When Christine Blasey Ford accused Judge Brett M. Kavanaugh of sexual assault last month, she did more than open herself up to unwanted scrutiny. She held up a mirror to a country in crisis, revealing its political players and embattled institutions not for what they claimed to be but for what they really are.

"‘Rock Bottom’: Supreme Court Fight Reveals a Country on the Brink" is from the October 06, 2018 Politics section of The Washington Post. It was written by Michael Scherer and Robert Costa and narrated by Sam Scholl.