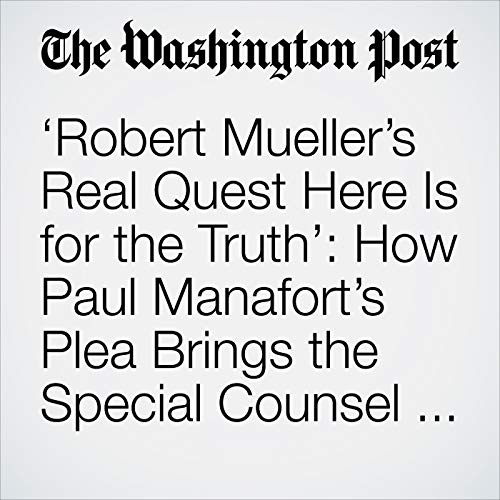 First came George Papadopoulos, the former Trump campaign adviser who was arrested by the FBI when he stepped off a plane at Dulles International Airport and soon agreed to help the special counsel’s office as part of a plea agreement.

"‘Robert Mueller’s Real Quest Here Is for the Truth’: How Paul Manafort’s Plea Brings the Special Counsel Probe Closer to Its Endgame" is from the September 15, 2018 National section of The Washington Post. It was written by Matt Zapotosky, Carol D. Leonnig and Ashley Parker and narrated by Sam Scholl.